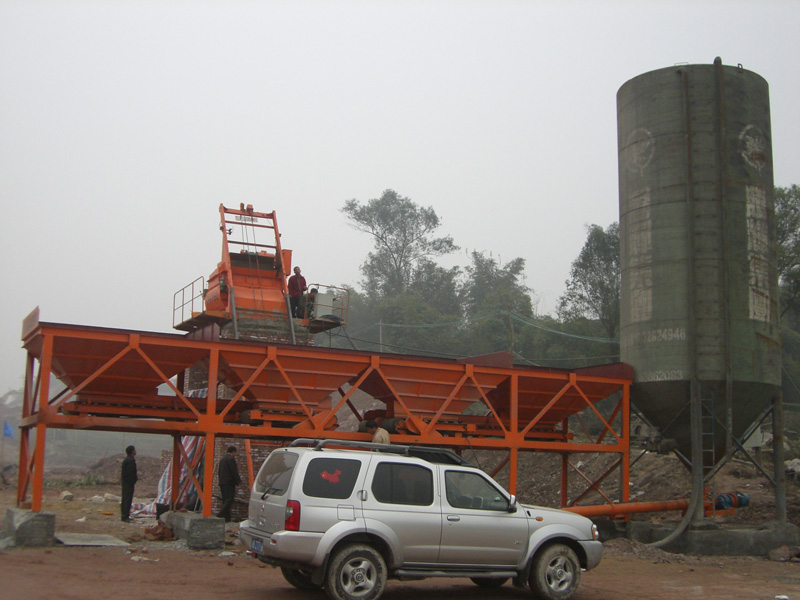 Whenever you want to build a ready mixed concrete batching plant to produce and sell concrete, you should be familiar with the specific concrete demand in the local city, so that you can choose the most suitable equipment for you need.

The control system is a microcomputer control system, it also contains water weighing system and cement weighing system.Material storage equipment is a bulk cement silo or bulk cement tank, the amount is decided according to user needs, models mainly are 50T, 80T, 100T, 200T, 300T; The conveying equipment is the screw conveyor and belt conveyor; Concrete mixer truck is used to transport the final concrete.